On occasion, my auditing career and travel have aligned to offer adventure in far-flung places. I seize these opportunities.

Recently, I threw caution to the wind and accepted an engagement of a Kiribati Trust. The trust's aim is to protect the remaining pristine environments in Micronesia and promote awareness of ecological conservation. But to achieve this, I must first journey to one of the least environmentally sustainable places on the planet, Tarawa Atoll, Kiribati where the trust keeps offices.

This is what I experienced.

Tarawa Atoll is a tiny strip of Coral sand, lying 3.5 hours flying North of Fiji and sitting just north or the Equator in Micronesia. It is one of the farthest-flung islands in Oceania. Kiribati itself, of which Tarawa is the capital, is comprised of 33 atolls, 21 of which are inhabited. Incredibly, the atolls are home to 103,500 Micronesian souls, baking under the equatorial sun. Fifty per cent of Kiribati’s total population lives on south Tarawa Atoll, making it one of the most populous places in the world with a staggering 135 humans per sq. km. South Tarawa is confronting, it is in a state of total ecological collapse with its pristine lagoon now too polluted to swim, but swim they do, regardless.

This is the place where the rubber meets the road on Global warming and plastic in the ocean. If you are a climate change denier or consider initiatives to reduce plastic to be mere virtue signalling, visit Tarawa for a jaw-dropping reality check. Summiting the highest peak on Tarawa is not difficult, it rises a grand 6.5 feet above mean high water and the top foot of that is, by my reckoning, plastic waste. There is simply nowhere for it to go. The villages each morning, sweep up the leaves that have fallen overnight, leaving the piles of rotting garbage where they lie, why do this, because they have always done this, but the futility of it is heart-breaking. The villages don’t live in Fales in the traditional sense, and there is room enough only for coconut trunked sleeping platforms with a thatched roof, that’s it. Many of these are built in the tidal zone, the elevation of the platforms allows the sea and rain to drain away, but the rubbish is trapped, festering and stinking in the relentless heat. 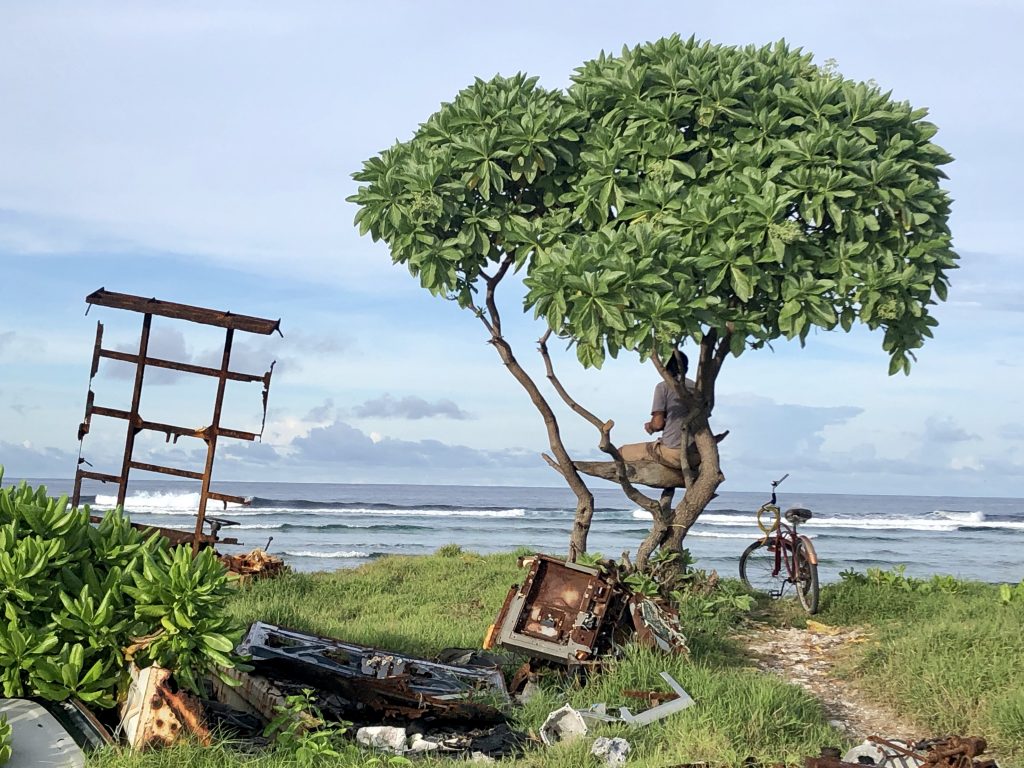 South Tarawa wrote itself into history on the morning of 20 November 1943 when the United States launched operation Galvanic, its first offensive in the Pacific War with the aim of taking Tarawa from a 4000 strong Japanese force for its strategically critical airstrip at Betio. The dawn broke like every other on Tarawa, hot, sunny and beautiful but the sunrise signalled the unleashing of hellfire from the big guns of the US fleet. The marines watched on, naively gaining confidence as the bombardment of the heavily defended beachfront defences rolled on. Mid-morning the order was given for the marines to board the twenty-man amphibious landing craft for the land assault. They were soon to discover that a terrible mistake had been made. The men were sent ashore at low tide when the surrounding reef was at its most exposed. The landing craft became hopelessly ensnared in the Japanese’s best device, the reef itself. This is when the Japanese hit back, blasting the men in the stationary craft with heavy artillery fire and dropping bombs from a light seaplane they could launch from the lagoon. The men were forced to abandon their craft and wade for the beach over razor-sharp coral, a distance of over 100 metres. Here they were sitting ducks for the Japanese machine guns in pillboxes along the shore.

Despite utter carnage, the marines eventually established a small beachhead before nightfall but were pinned down. Under the cover of darkness, the Japanese swam to the marooned landing craft and stationed snipers who picked off the second wave of US landings on day two. The sheer weight of numbers from the 18,000 marines available eventually enabled the US forces to land tanks that were finally able to destroy the Japanese pillboxes at point-blank range. Now the pendulum swung with the marines pushed inland and destroying everything in their path with grenades and flame throwers.

At the end of day two, the Japanese mounted a final Bansi suicide charge and were slaughtered. Of the 4000 Japanese fighters, only 17 dazed men survived. Marine losses were 2800. The battle of Tarawa was won but at enormous cost. The US lost more men on Betio beach and in the lagoon over those two days than they lost in six months in the Guadalcanal campaign and the battle of Betio goes down as one of the bloodiest in WW11 history. Today, the war relics on Betio remain a legitimate tourist attraction, marking the sacrifice that young Americans made to roll the Japanese back out of the Pacific. Lest we forget.

Auditing in a place like Kiribati has its own unique challenges.

Charm, patience and resilience are all qualities that the budding intrepid auditor must deploy to impose 1st world financial standards on people that are not naturally accustomed to such precision and accountability. Audit trails often seem little more than mythical oral traditions, the island way of passing on information. However, the trust's work makes possible protection and awareness initiatives about the remaining pristine reefs and uninhabited atolls of the Phoenix Islands. Its work is laudable, and I am pleased to play a professional part in ensuring its success. Professionally, Kiribati is challenging. Such is the culture in Oceania.

Kiribati itself is attempting now to create a tourist trade. But nobody is excited enough to print I love Kiribati Tee shirts yet!

The outer islands are undeniably beautiful and pristine, but the island of Tarawa is nothing short of a human catastrophe in action. In a state of total ecological collapse and floating on a sea of rubbish as what little island remains is piece by piece, consumed by the sea. The people’s existence makes one weep, eking out an existence amongst the rubbish and the rising tide, groaning under a sea of humanity, car wrecks, plastic and waste is everywhere you look, and still, the population grows. Alarmingly, on Tarawa, nine people are born every day, two die and one lucky soul escapes by migration for a net gain of six people per day.

Where will these people go?

How can this continue?

On Tarawa, there is an inescapable sense that reckoning day is looming. At the airport, eager to depart, I am approached by a smart young local boy with a sense of purpose. I rare thing here. He asks me to complete a survey on my experience on Tarawa.

I choke back a tear as he asks me, what is Tarawa’s biggest barrier to tourism?

Where do I start and stop? I opt for The Rubbish?

The last question is, “would you recommend Tarawa as a tourist destination to friends and family?”

Can I lie? I am an auditor; after all, such indiscretions do not sit comfortably with me.

I must not lie.

I tick “No”.  Holidays are so precious, yes, it is interesting, but would I spend my limited vacation time and money there?  No!

Then again, it does depend on what you are looking for in a holiday. Maybe the more intrepid traveller wanting to see the real issues facing the planet may be intrigued. 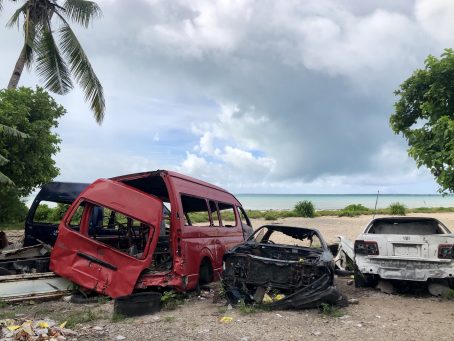 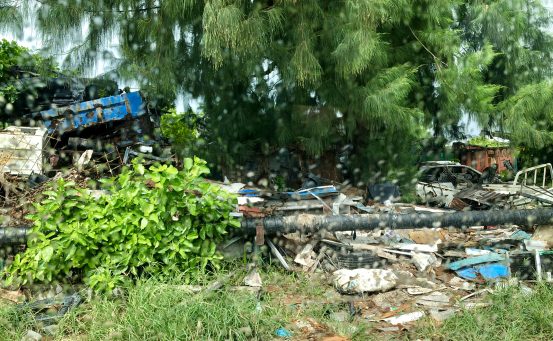 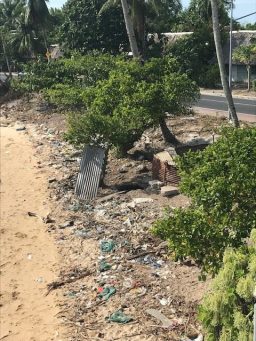 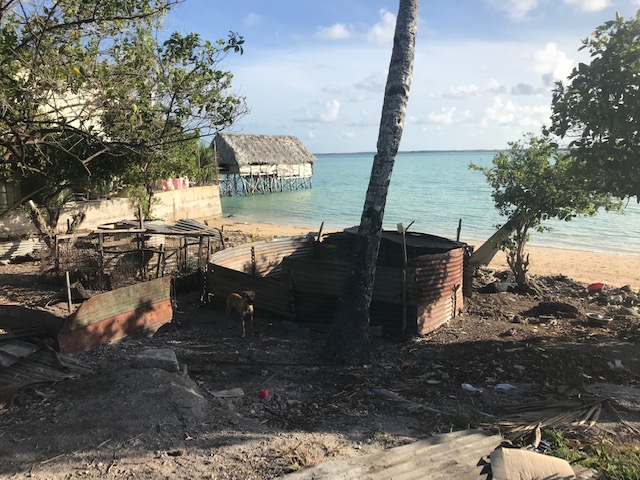 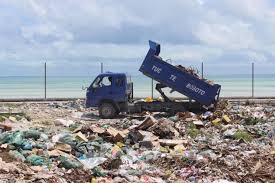 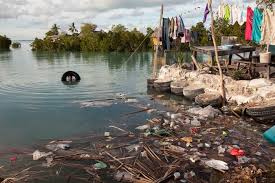 Previous Post: « Guide to Doing Business In New Zealand
Next Post: Key Tips to get you through your AML audit with a winner’s score »